Towanda Township has recently taken over the maintenance of Cole Cemetery. Any contributions to the Cemetery can be sent to the Township at PO BOX 188, Towanda, PA 18848. If you have any questions or concerns about the Cemetery, please fell free to call the Township Office at 570-265-4344.

Mowing season will soon be upon us, please remove any old items from the graves so that the township can properly maintain the cemetery. 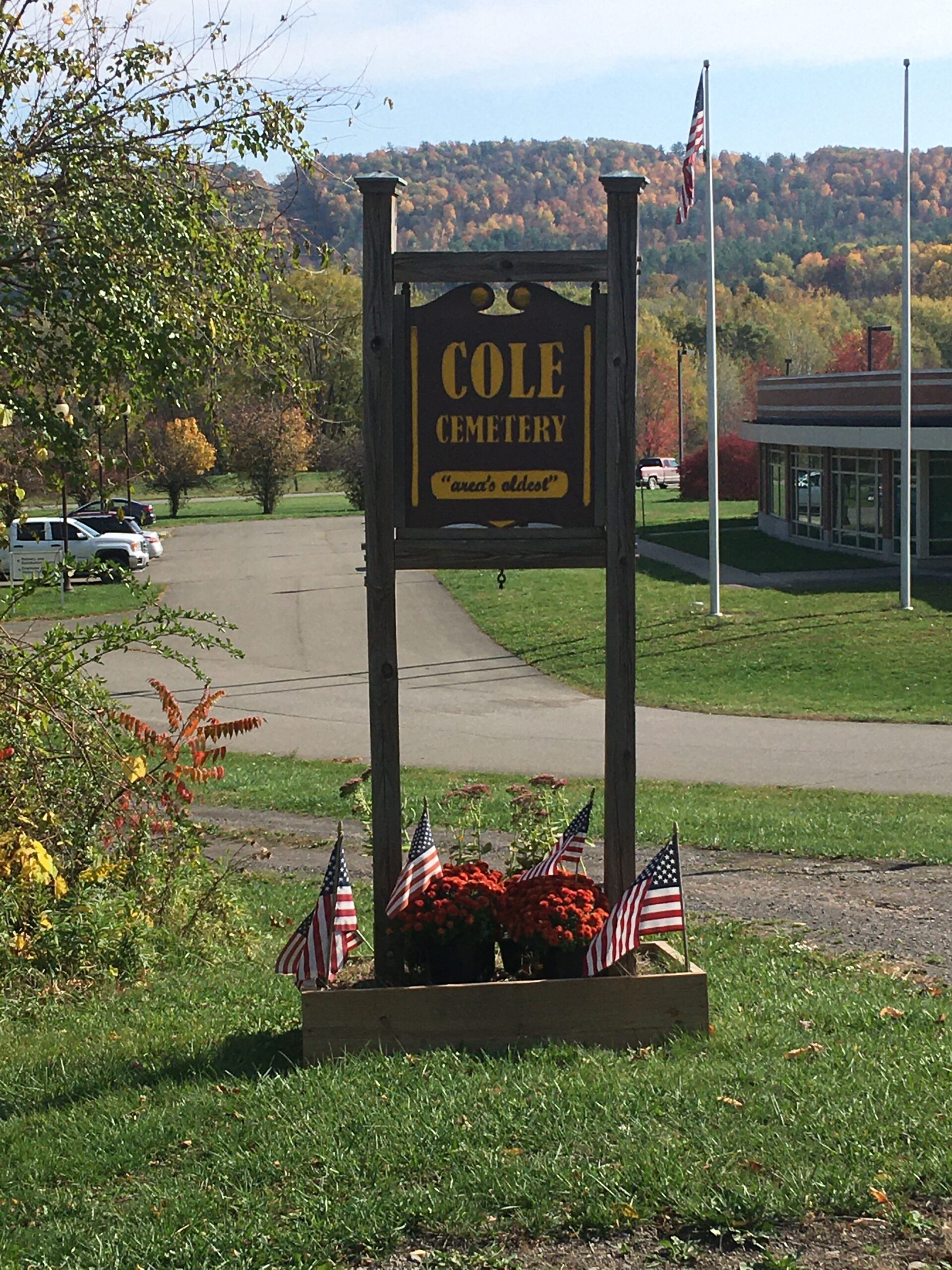 Cole Cemetery is the oldest cemetery in the county. Some of the area’s earliest settlers are buried here.

Among these is Rudolph Fox, Bradford County’s first permanent white settler. Clement Heverly’s “History and Geography of Bradford County”, notes that Fox and Peter Shufeldt, came down the river with their families in 1770. Fox stopping at Towanda, and Shufeldt at what was afterward known as Frenchtown. Shufeldt remained for seven years and then moved to West Branch where he was killed by Indians. Fox was a Revolutionary War solider and a special headstone makes note of this at his grave site. Fox lost his life on March 4, 1806 when the thin ice where he was fishing gave way. His wife Catherine, who died in 1810, is buried next to him at the Cole Cemetery. Their eldest daughter, Elizabeth, was the first white child born in Bradford County.

Another earlier settler, John Schrader, a Hessian Solider, who was captured at Trenton and afterward served the American causes with fidelity, is also buried at Cole Cemetery. Samuel Cramner and members of his family, who came to this area in the spring of 1789, “to seek a home in the rich and unsettled country of the west”, are also buried here. Another gravestone on which the inscription is still visible is that of Gordon Fowler. He and his four sons were the first settlers on the South Branch of the Towanda Creek. The Fowlers built a grist mill and saw mill, opened a hostelry and operated a distillery.

In later years, a Cole family settled in this area, and as the years pasted they started to bury their family in the same field that Rudolph Fox had been buried. This is where the origin of Cole Cemetery started. The Cole Cemetery Association was then organized in May of 1921. At the present time Towanda Township has taken over the maintenance of Cole Cemetery. There is no longer an Association that the Township is aware of. The Township welcomes any information on where people maybe buried and who owns the plots.

Karrie Green
Tax collector's office is not located in the Township Building. Location for tax collector stated on your tax notice.
Phone: 570-250-1090